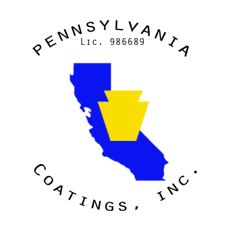 Pennsylvania Coatings has proudly worked annually with Watkins-Landmark Construction since November of 2013, in painting the expansion of Indian Wells Tennis Garden in Indian Wells, CA.  Indian Wells is the 2nd largest tennis facility in the world to Wimbledon and is the site of the BNP Paribas Open, held annually in March.  It is considered the largest tennis event in professional tennis outside of the four major, Grand Slam events.

We have completed the painting of a new Stadium 2 opened March 2014 and the completely remodeled and expanded, Stadium 1 re-opened in March 2017, among myriad other projects at the complex.  Work on these projects was expedited to be completed within the 12 month time frame between the annual tournament.  Painting, from production through punchlist, was completed in each case within 3 months on these large and high-end projects.

Pennsylvania Coatings Inc. (PA Coatings) is your go-to trade partner for paints, coatings, and wallcoverings in commercial construction, whether private, prevailing wage or PLA. We have the expertise to apply a wide variety of finishes, designs, and can provide a high quality finish, and no matter how ambitious your schedule is, provide the production you need. Our friendly service and professionalism makes our team a pleasure to deal with. And perhaps most importantly, we have the highest level of integrity, so we are a contractor you can truly have faith in.

You can have FAITH in PA Coatings
Friendly service, we treat our clients as we would like to be treated
Aptitude, we have the manpower, financial strength, and experience to handle any project
Integrity, we handle our business with honor
Technical excellence, we are skilled, and have extensive knowledge of our trade
Hard work, we value hard work, and we put our hearts into being productive, and meeting your schedule

Pennsylvania Coatings is a contractor devoted to providing high quality services that exceed expectations with integrity and faithfulness, while honoring God and helping those in need.